Back in July of 2004, Nike Skateboarding released a premium dunk low that featured the iconic colors of the state of California. Not only did they use the colors, but they also limited the release of the shoe to select quickstrike accounts in California (talk about exclusivity right?)! Due to amazing demand and to commemorate the birthplace of skateboarding, Nike decided to remix the iconic sneaker and release a re-creation of the shoe but using a Dunk High silhouette instead. 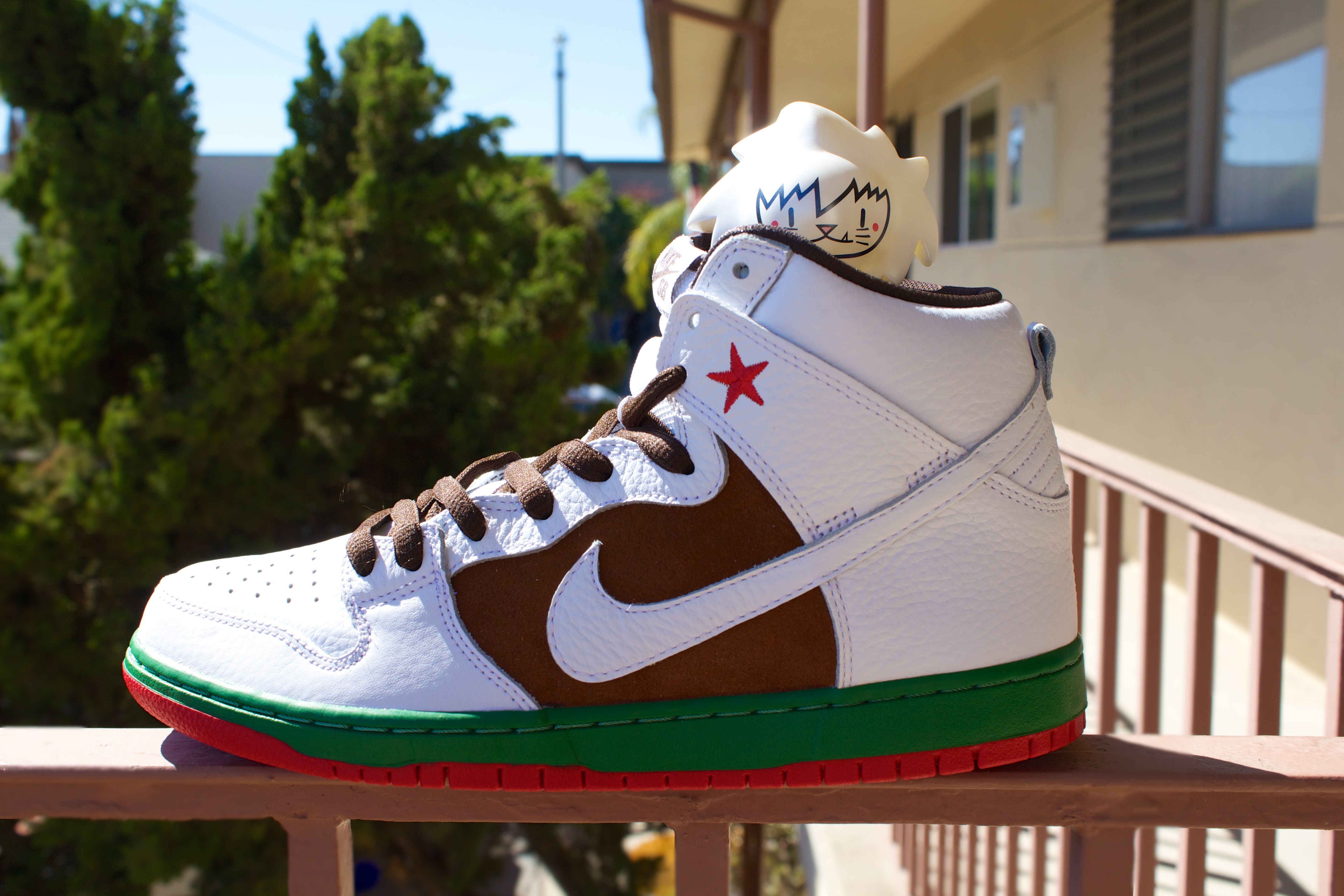 The shoe features the same colors, same style makeup and even the same material as the Dunk Low model. White tumbled leather compliments the Pecan suede sidepanels. Along with brown laces and stitching to match the green midsole and the red outsole. And just like the state flag, a beautiful red star is set on the ankle collar. 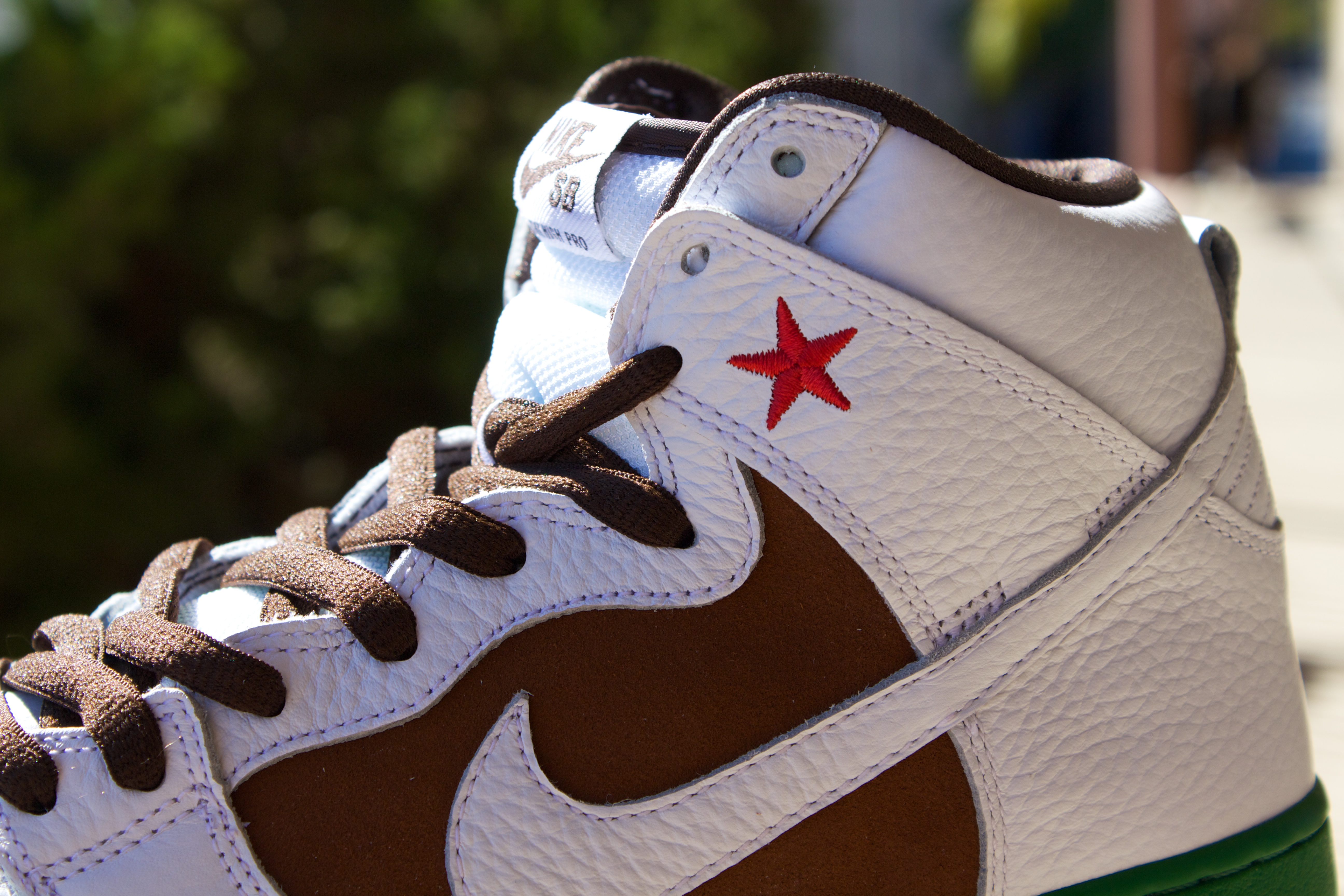 The sneaker was released on September 1st so the odds of you picking up a pair may be slim. But check your local skate shops and consignment shops! Do you have a pair of the 2004 model? If so, what are your thoughts on this re-release? Leave some comments below! 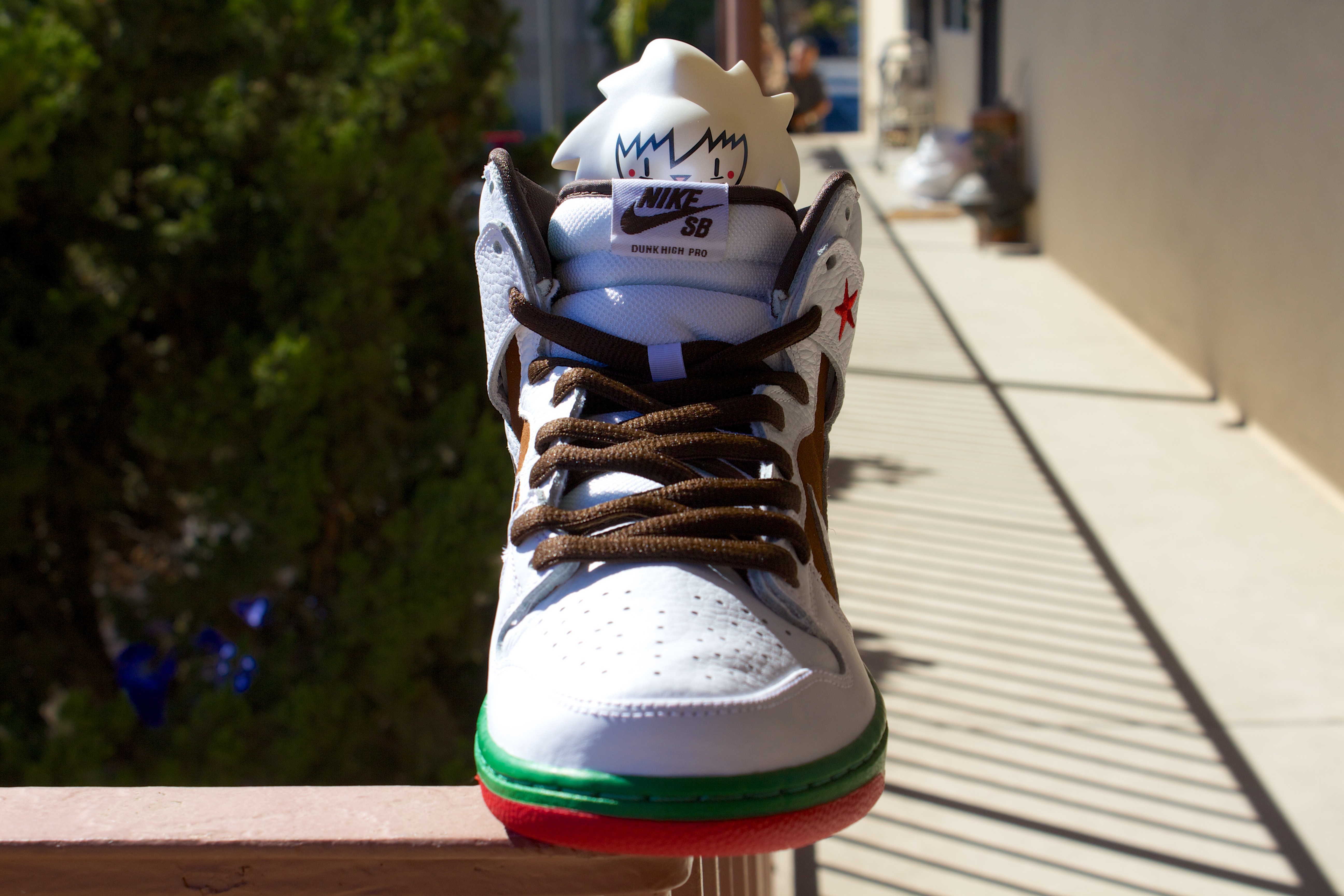 Lester is a Technical Support Analyst at Hitachi which involves hardware and software support, employee training, and troubleshooting. He has a BS in Economics, and when not working, enjoys being involved in the sneaker / urban fashion community and spending time with his wife by eating and writing for their website: HELLAFOOD.