Larnna Thompson (pronounced la-na) graduated from the University of Central Florida with a degree in Radio/Television: Broadcast Journalism and a minor in Music. She has experience shooting stories and on-camera stand ups; writing scripts; recording voice overs; hosting and co-hosting television and radio shows; and performing onstage. She has also interned at multiple radio and television stations such as WESH 2 News, Power 95.3, Radio Thailand, and MCOT Channel 9 in Thailand. Born to Thai parents and a native Floridian, Larnna has been singing in a choir for more than 15 years and is a huge music lover. You can frequently find her at live concerts, singing along with some of her favorite music artists, such as, Justin Timberlake, Bruno Mars, and John Legend, just to name a few. Larnna firmly believes that music is truly the soundtrack to our lives and can touch and change lives. In addition to writing and singing, Larnna enjoys dancing, baking, coordinating parties and gatherings, trying new food, and taking pictures of anything that catches her eye. "We write to taste life twice." -Anaïs Nin - - - - - - - - - - - - - - - - - - - - - - - - - - - - - - - - - - - - - - - - - - - 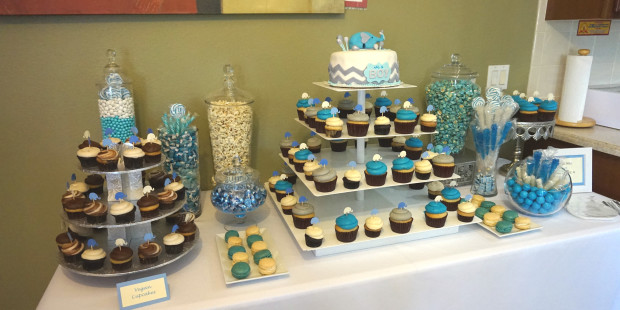 An Elephant of a Dessert Bar!

Off
After planning my wedding, I developed an obsessive fascination with event planning.  To be honest, I’ve always loved coordinating gatherings where I can get people together who like to eat delicious food and enjoy drinks while spending time together. When I
BY Larnna Thompson
TAG Adorable, Baby Shower, Blue, Cakes, Candy, Chocolate, Cupcakes, Delicious, Dessert Bar, Elephants, Event Planning, Grey, Macarons, Popcorn, Sweet, White, Yummy

Off
Where to go for lunch?  A pressing question, probably the most important one of the day, that usually arises as soon as you wake up in the morning. Today’s lunch adventure landed us at Mamak Asian Street Food located on East Colonial Drive in the
BY Larnna Thompson
TAG food adventures, foodie, lunch, mamak asian street food, mills 50 district